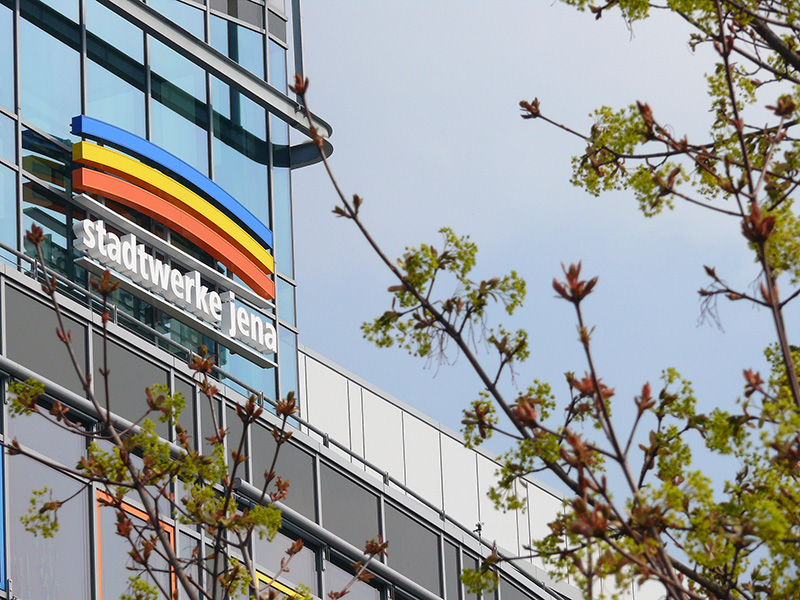 More transparency and control in construction work processes - and all this in interaction with SAP. How can an IT-based process be optimally set up for this? The Stadtwerke Jena Group also asked itself this question in its search for an e-solution that would combine procurement processes around purchasing and construction services with high expectations regarding SAP integration. With the FUTURA consulting approach, the municipal utilities have found the right solution for them.

The desire to be able to better control one’s core processes has grown increasingly at the Jena Stadtwerke Group in recent years, too. The main force for taking the next step in digitization was the lack of or insufficient interfaces to SAP – and consequently the lack of transparency in the cross-functional process.

Four business units are involved: In addition to the power grid area itself, purchasing plays a decisive role – flanked by accounting and controlling. “The resulting interfaces and data diversity were the biggest challenges in the planning and construction process. The previous handling of service specifications in Excel, on paper or in PDF format meant a great deal of effort as well as little transparency and evaluation options,” recalls André Kliem, project manager at Stadtwerke Jena. “The aim was to handle this core process, which is of value to us, as consistently as possible and to have this data available for evaluation and accounting purposes as well.”

Green light for the digitization project

It began in 2017 with the first selective market researches. The decisive impetus was given at the beginning of 2018 with an official project order – supported by the two managing directors of the Stadtwerke Jena Group and the power grid company.

From the beginning, the project team was composed of representatives from all four departments. The validation process, with research in the SAP environment and in the non-SAP environment took the core project team a year. How do other companies with similar requirements solve the problem? What IT support are they using? The focus was on a standard solution with SAP integration.

The SAP and industry know-how of Futura Solutions has helped us to open our eyes and to detach ourselves from our current status quo. Within just 2-3 months, we jointly conducted a preliminary study on our specific use cases. This really surprised us in a positive way.

From requirement to proof of concept

Intensive preoccupation with one’s own actual processes is a fundamental prerequisite for raising awareness as to where one’s own workflows deviate from existing best practice approaches. Is it really necessary to map every special case? Where is the potential for optimization with regard to the overall project goal? Together with the intensive support provided by Futura Solutions experts and a structured approach, a goal-oriented basis for decision-making can be developed quickly.

The preliminary study alongside workshops plays an important role in the consulting approach of Futura Solutions. It includes the definition and documentation of concrete use cases and also includes recommendations for action. Another advantage: When commissioned, the preliminary study forms the basis for the final definition of the scope of delivery and services of FUTURA.

“Of course, there were internal debates as to how closely the software manufacturer should be involved in this process. But we were already well advanced in our decision-making process with Futura Solutions on the shortlist. We were able to significantly shorten the process with the fully structured documents from the preliminary study,” summarizes project manager André Kliem.